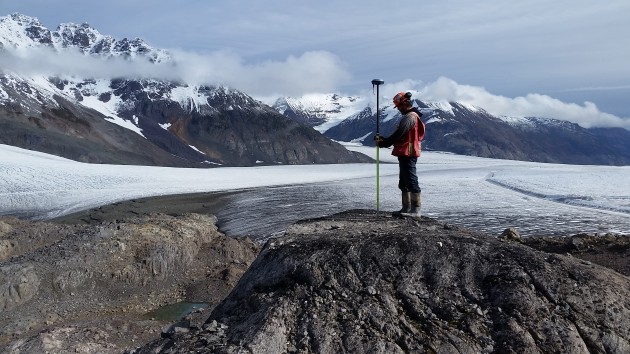 Currently under construction, commercial production at Pretivm’s Brucejack Gold Project is targeted for 2017.  Part of a largely unexplored land package of over 122,133 hectares (over 301,798 acres) it is located approximately 65 kilometers north of Stewart in northwestern British Columbia. The focus of the Project is the Valley of the Kings, which is comprised of high-grade visible gold stringers within a lower grade gold quartz stockwork system. A feasibility study completed in June 2014 has outlined Proven and Probable mineral reserves in the Valley of the Kings of 6.9 million ounces of gold (13.6 million tonnes grading 15.7 grams per tonne gold). Construction is now underway for an underground mine with Delwisch Design Group providing all of the survey for the earthworks and volumetric calculations since September 2015.